My close friend, ex-roommate, and fellow dragon slayer, Hannah Kollef, has just self-published her second novel, “Path of Needles”!!!  A couple of months ago, she proposed that I write a song for the book as a sort of soundtrack, and I of course said I would.  The whole project is a neat experiment in artist collaboration, as she also had other artist involved creating images and drawings for the book.  The song I wrote, also entitled “Path of Needles”, can be streamed on Hannah’s site, and purchased on Amazon.  If you like a good read and some groovin’ tunes, you should check out the site!  -julie 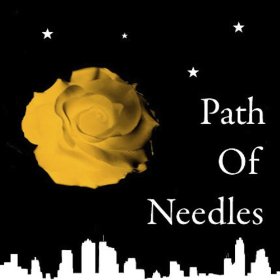 Spending thanksgiving in Paraguay this year 🇵🇾 Very thankful for my partner in crime @tattita21 and this beautiful country. #bless ❤️
Thanks @chascitypaper for the 🔥 Check out the article in bio 🙌
New tune is out! Surprise 🌈
@floydfestva ❤️